The UK government is now committed to reductions of greenhouse gas emissions of 80% by 2050; with 5-year carbon budgets laying out a staged timetable of legally binding national reductions towards this deadline.

The Government’s Carbon Plan has been published as a ‘draft’ plan of action towards meeting the UK carbon budgets covering the period 2008-2022. An updated ‘live’ Carbon Plan will be published in October, which will also take the fourth carbon budget into account. 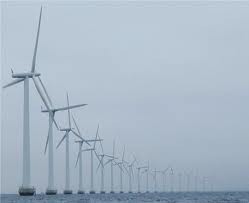 In its introduction, the document states that: “The Carbon Plan sets out a vision of a changed Britain, powered by cleaner energy used more efficiently in our homes and businesses, with more secure energy supplies and more stable energy prices, and benefiting from the jobs and growth that a low carbon economy will bring.”

Towards the aim of building a Green Economy, the Carbon Plan lays out detailed action to be taken by Central Government departments in their areas of responsibility and remit, as part of the Government’s timetable and policy framework for reaching its national targets.

Highlighting required changes across the economy, the Plan states transformation is most critically and fundamentally required in: electricity generation; the way we heat and insulate our homes and businesses; and the way we travel.

As a broad framework of action needed for the UK to reach its greenhouse gas reduction targets, the Carbon Plan is, and should be, relevant to local government policy and strategy in carbon reduction planning.

However, while areas of the Plan have implications for local government and the public sector, it does not go into any detail on where and how local government action on carbon reduction and energy efficiency delivery and planning is expected.

Only in Chapter 8 is the role of the public sector in tackling emissions briefly addressed. Space is given to the need for local leadership on carbon reduction, sustainability and procurement; but this is not spelled out in greater depth, other than saying that the Government is working with the Local Government Group to develop an Action Plan to remove barriers to carbon reduction action. “This includes looking at how to enable local authorities to act as Green Deal providers themselves, alone or in partnership with others”.

The Government states in the Carbon Plan that it is committed to a whole-government approach that is facilitative, inclusive, fair, sustainable and outward looking. These are important goals, which should allow local government to take a leadership role in locally implementing policies needed to meet national UK targets, including incentive schemes such as the Green Deal, the renewable heat incentive and feed-in tariffs.

Carbon reduction planning should also bring opportunities to local government. For example, in 2009 the UK share of the low carbon and environmental goods and services sector was estimated to be worth £112 billion, employing 900,000 workers. By 2015 it is expected there will be at least one million employed in the sector, meaning a big opportunity for local authorities to encourage and facilitate sustainable growth and employment opportunities.

The draft Carbon Plan as it stands is very centralised and top-down in its framework, with little focus on local leadership, something that needs to be addressed in future Carbon Plans.

Indeed, the potential role of local leadership was recently highlighted in the LGiU publication ‘The 10 Pillars of Local Energy Security’ by Andy Johnston. Looking forward, Andy argues that it is important for vertical integration and a bottom-up sustainability roadmap framework approach; which needs appropriate financial mechanisms.

This requires a shared vision of what a local green economy looks like, and strategies to achieve it; something that the Carbon Plan does not yet outline in terms of the role of local government.