We recieved 42 responses to our survey with interesting results. 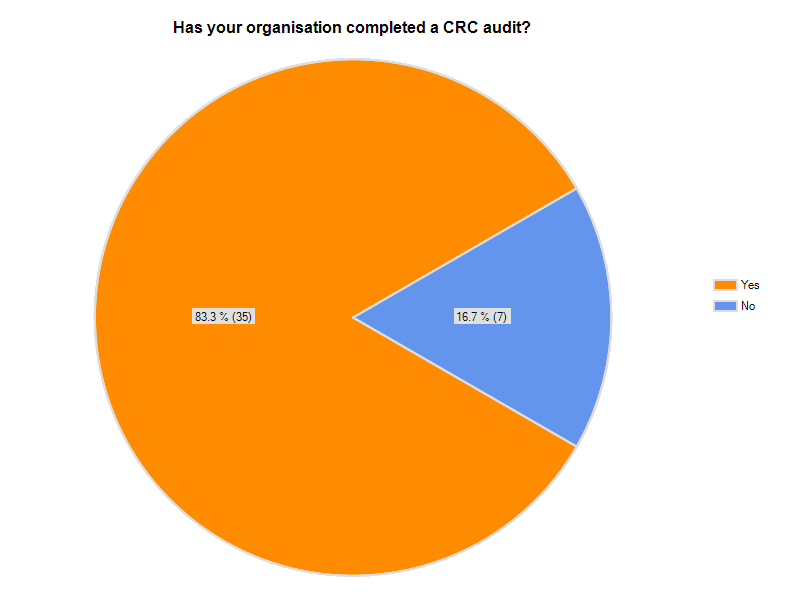 For the 35 organisations who completed an audit: 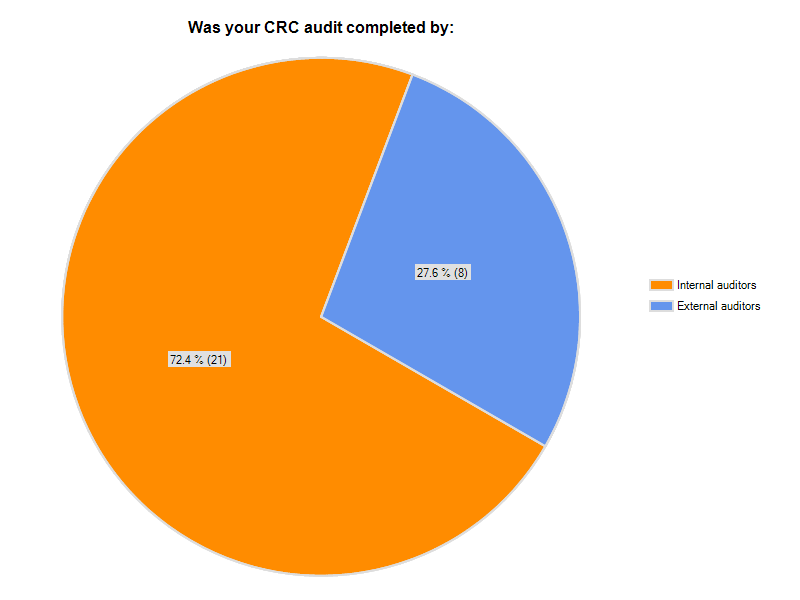 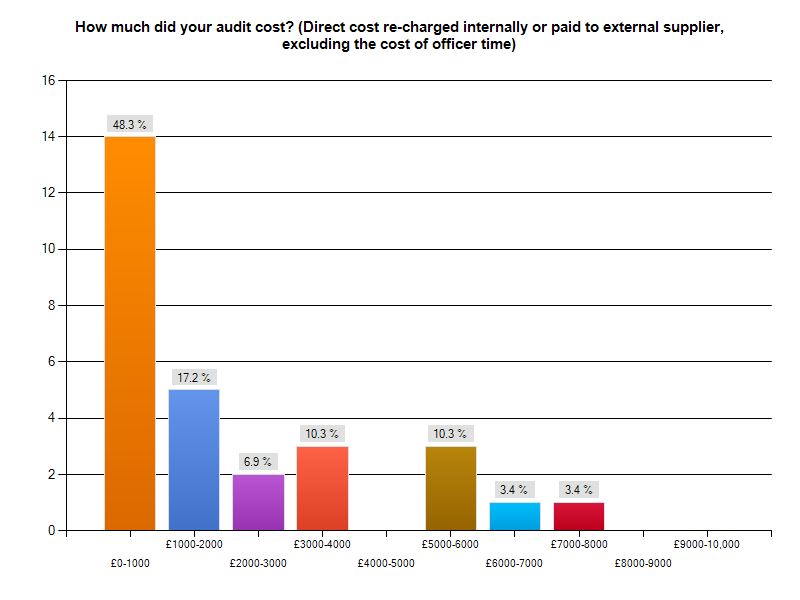 For the 7 organisations who didn’t have an audit: 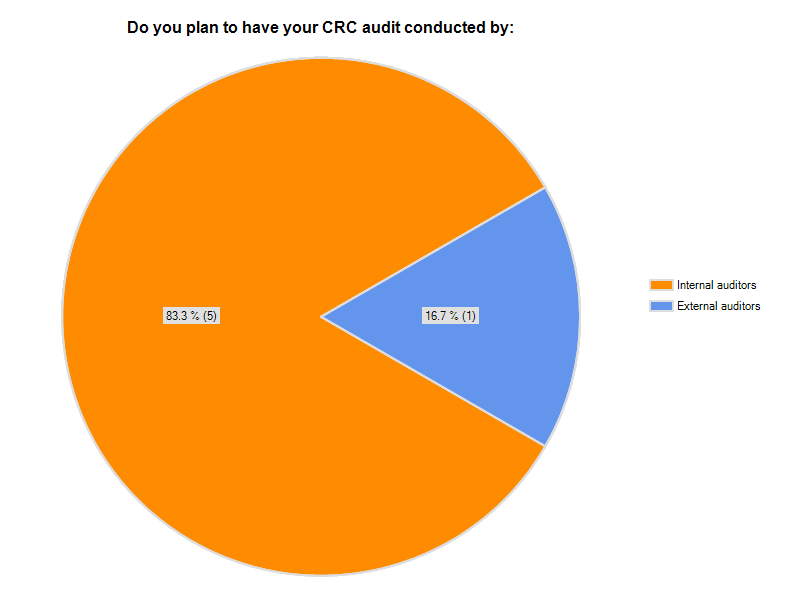 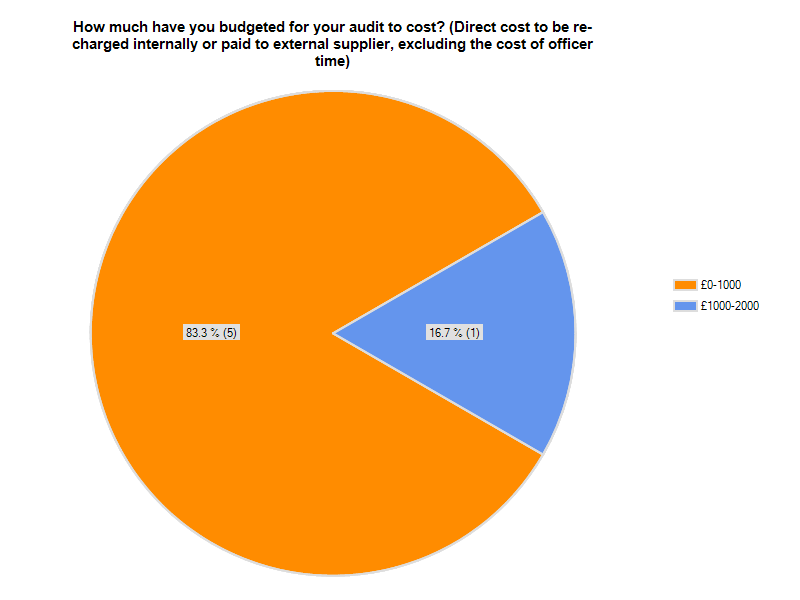 Around three quarters (72.4%) completed their audits internally. This is beneficial for an organisation as it strengthens communications and inter-departmental relations, and fosters a wider understanding of the CRC. On the other hand, external auditors are fully detached from the reporting process making them wholly impartial and objective. One participant said that there “is some difficulty in distinquishing the independent audit work to involvement in the process.”

With regards to cost, 48.3% stated that the cost of an audit was between 0 and £1000. Almost all of these were internal audits. This apparantly low cost may not be truly representative of the full staff costs etc., or alternatively may show that most of the checking had been done in conjunction with the reporting and integrated into the overall costs.

Costs varied considerably, with some respondents (both public and private) paying £7000-£8000, but of those organisations that had not yet completed an audit, none expected to pay more than £2000, with 83% expecting to pay less than £1000.

Most of the comments we recieved related to difficulties in estimating cost or justifying why the cost was high/low. As well as financial cost, it would be interesting to know the amount of time involved, and also the additional workload generated because of the audit. With this in mind we have another short survey which we would be grateful if you took the time to fill out simply asking for