The Department of Energy and Climate Change (DECC) has stated that they intend to simplify the Carbon Reduction Commitment (CRC) scheme for the start of Phase 2, and will be holding a consultation in the autumn on what changes should be made. 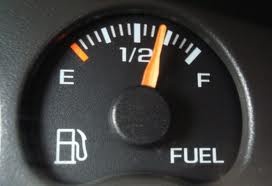 In preparation for this consultation, DECC in June set out their proposals for the future of the scheme in a discussion paper. One area for possible simplification that they outlined in the proposals was the removal of the 90 per cent reporting rule in conjunction with a new requirement to report just four core fuels instead of the current 29. This also eliminates the need to differentiate between core and residual fuels.

On this, the discussion paper read:

“The 90% rule and the associated documentation have been the subject of significant stakeholder criticism, primarily due to the complexity of the requirements and the associated administrative burden for compliance. We therefore propose to remove the 90% applicable percentage rule, by requiring participants to report on 100% of their non EU ETS/CCA electricity, gas, kerosene and diesel supplies – the latter two where used for heating purposes. This would enable the commensurate removal of the footprint report and residual measurement list requirements, which effectively required participants to monitor all their minor fuels at all their sites and to maintain a list of fuel sources to meet the 90% level. The core/residual distinction would also be removed under this approach.”

DECC noted that this proposal had been welcomed by their stakeholders as a simplification. However, they also acknowledged that a minority of stakeholders challenged this reading on account of the increased reporting requirements that would be involved.

At our Local Energy network events in July when we discussed this proposal for simplifying the CRC scheme, we received a very mixed response around whether people believed it would in fact simplify matters.

Clearly for some organisations, no longer having to report residuals will be a considerable advantage – and will save them money where residuals are more than 10 per cent of their total energy use.

However, for other organisations, and in particular local authorities who use only a small amount of residual fuels, there could be increased cost and complexity from having to buy allowances for 100 per cent of their relevant fuels and needing to report all fuel consumption every year instead of once per Phase.

Although DECC’s proposals do indicate an intention to exclude ‘smaller sources’, these are not yet defined for gas, kerosene or diesel, so the increased reporting burden could be considerable.

We feel that the proposal to change the 90 per cent rule as a simplification is far from a clear cut positive move.

We would therefore like to hear from you on the issue – is it a simplification, will it cost you more – and we also encourage you to actively participate in the consultation process this autumn.